Loading Data
Please wait, we are loading chart data
Geen grafische gegevens
Dogecoin is a cryptocurrency based on the popular "Doge" Internet meme and features a Shiba Inu on its logo. Dogecoin is a Litecoin fork. Introduced as a "joke currency" on 6 December 2013, Dogecoin quickly developed its own online community and reached a capitalization of US$60 million in January 2014. Compared with other cryptocurrencies, Dogecoin had a fast initial coin production schedule: 100 billion coins were in circulation by mid-2015, with an additional 5.256 billion coins every year thereafter. As of 30 June 2015, the 100 billionth Dogecoin had been mined.Dogecoin was created by Billy Markus from Portland, Oregon and Jackson Palmer from Sydney, Australia. Both wanted to create a fun cryptocurrency that will appeal beyond the core Bitcoin audience. Dogecoin is primarily used as a tipping system on Reddit and Twitter where users tip each other for creating or sharing good content. The community is very active in organising fundraising activities for deserving causes.The developers of Dogecoin haven’t made any major changes to the coin since 2015. This means that Dogecoin could get left behind and is why Shibas are leaving Dogecoin to join more advanced platforms l 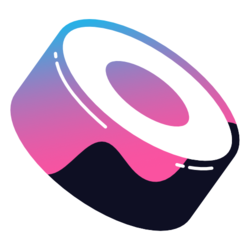